Hello! This week we will mention Apple’s latest updates from WWDC and Google’s phaseout of the third-party cookie.

The previous week, we put the ATT discussion on the table and mentioned the pain points of the Apps. Some of them came up with different data collecting ways, and some saw those solutions as temporary solutions to be restricted soon. Finally, we believe Apple will bring more clarity to the restrictions for the Apps to be prepared faster.

Meanwhile, Google was working on privacy too: They announced that users would learn about the data share such as location, camera, or even outside the app activation.

If you haven’t read it, you can visit the blog page here.

Based on the company’s announcement, phasing out the support will start in mid-2023 and finish in late 2023. 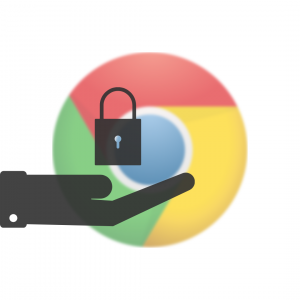 Vinay Goel (Privacy Engineering Director, Chrome) pointed that Sandbox Privacy, which includes removing Chrome’s third-party cookie support, made a significant process. But at the same time, he spoke for all of us and accepted that the ecosystem needs some time to understand and apply those changes. That’s why they decided to slow down the initiative.

There are two stages for the third part cookie support removal:

Stage 1 (Starting late- 2022) After Google completes the testings and launches the APIs in Google, they will announce the start of stage 1. During stage 1, marketers & apps will be required to adapt their services for 9 months. Goel mentioned that they would be sure if every app’s questions would be answered. Before passing to stage 2, the feedback process will be carefully held, he points.

Stage 2 (Starting mid-2023): After 3 months of stage 2, third-party cookie support will be removed.

A detailed schedule is expected to be announced soon. We will inform you about the news with our weekly blogs. (You can now scroll down & subscribe to our newsletter 🙂 )

Even this news can be seen as a great relief in these major changing times of digital marketing. If alternative methods are not in effect, it could cause a big choke for the ad tracking. Google has ramped up its Privacy Sandbox ideas, but the ad sector has mostly seen them as inefficient substitutes and didn’t find them enough. Google kept its silence against those reactions.

Google also repeated its commitment to ensuring that third-party cookies are not substituted with other types of individual monitoring or “covert techniques” such as fingerprinting. It’s unclear how this recent move will affect third-party cookie solutions that have gained traction last year, such as The Trade Desk’s Unified ID 2.0 and Lotame’s Panorama ID. Anyway, the lengthier timetable for Google to build its own replacements may weaken these efforts.

To give a conclusion,  Google’s delay assures that issues about how to manage privacy and monitoring in digital marketing will linger for the foreseeable future. Getting it right is critical as the importance of digital marketing grows, but the lengthier timetable is likely to complicate matters for marketers.

Apple keeps leading the privacy protections among other tech companies after bringing live the ATT.

The latest announcement includes some protections at Siri, iCloud, copy-paste, photos, and location features. Let’s see what are the news one by one:

The audio of users’ demands will be activated faster on their iPhone or iPad by default with on-device speech recognition. For apple, this solves one of the most serious privacy problems for voice assistants: uninvited audio recording. It’s also mentioned in the announcement and the conference that Siri demands will also be handled on-device, allowing them to be completed without an internet connection, such as starting applications, setting timers and alarms, altering settings, or controlling music. 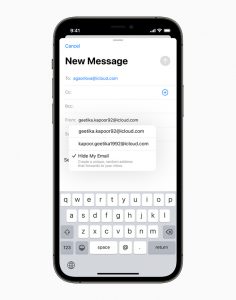 Private Relay is embedded directly into iCloud, allowing users to connect to the web more securely and privately. While using Safari, Private Relay will keep the user’s device encrypted (preventing even Apple or the user’s network provider from seeing the data). All of the user’s requests are then routed through two different internet relays. The first assigns the user an anonymous IP address, while the second decrypt the site URL. As a result, determining who a person is and which websites they visit will be prevented.

Furthermore, Hide My Email allows users to use random email addresses that forward to their personal inbox whenever they want to keep their personal email address hidden. Hide My Email, which is built directly into Safari, iCloud settings, and Mail, also allows users to create and remove as many addresses as they need at any moment, giving users control over who may contact them.

Developers may utilize the secure paste to allow users to paste from another app without knowing what was copied until the user takes action to paste it into their app. Users will paste without being notified by the pasteboard transparency notification when developers utilize secure paste.

With expanded Images limit library access, developers will provide smart functionality even when a user has only allowed limited access. 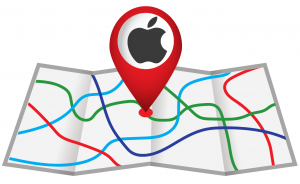 We will be checking the latest news and developments in the mobile marketing area and bringing them to you with our weekly blogs. To be updated, scroll down to subscribe to our newsletter!